Life in the Old Bog yet 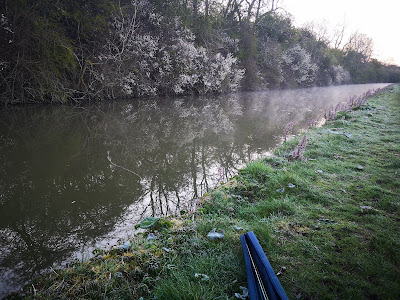 Minus one and the iced mist drags itself from the water in an almost imperceptible spiral of a farmhouse in diameter.

Undeterred, the cacophony of April strikes up as the sun burns though the silhouettes of trees as if whitefire lies behind.

Then as a squeezed irregular shape, rays bursting through the stout timbers of a hundred years standing, the earth's candle fires up. 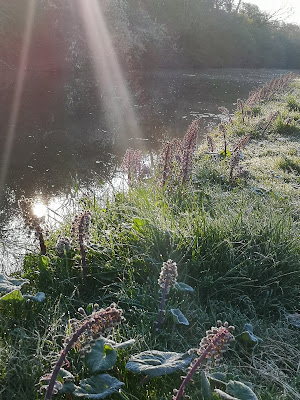 Beneath the surface those mucus encased shoals start to dream, but they dream of the confidence of dusk.

Teetering over the margins, the butterbur, having thrust out of the now frozen ground, stand reluctant, their florets pendulous, as if ashamed of their emerging splendour. 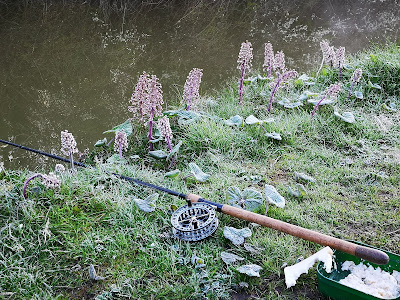 This is spring in these neglected parts that only the chiffchaff and its cousins appreciate sufficiently to return.

As that most modern of woodpeckers, the great spotted, drums a beat on a galvanised steel mast the wide-eyed silver bream, bathed in sky blue iridescence and salmon fins, lies spent and still in the magnificence of its defeat, teased again by the most lowly of baits. 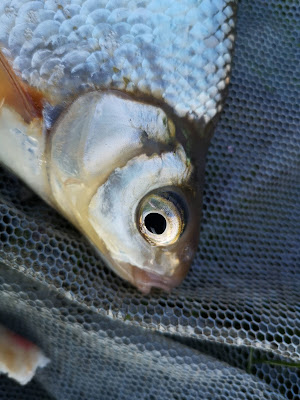