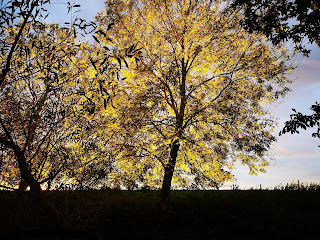 A chilling sun illuminates early evening beneath cloud and over land, casting an eye-watering terminal October brightness over the angling day

Soon the sky would be orange, red, purple and unique. A photograph of a scene every day of a lifetime, would be ever-changed, and from minute to minute

The little river. Perfect in every way, wound like a rattlesnake on the move, it's curves carved like inundated lino cuts into the Feldon clays and gravels

Its flow was urgent, its depths compounded and, with a fish-confiding turbidity, the irresistible combination exacerbated the attraction ten-fold

An urge deep within.

An urge to seek, to confound and trick.

An urge that would, within minutes, result in a bait descending those depths so gently, so disarmingly, as to tempt the terminally torpid

Silty and shielding, sinuous and yielding. The emotion driven by an autumn flood irresistible. Here was the fisherman. A challenge unsated.

This barely perceptible river had been an historic champion but could it again, in whatever form, diminished by time and the disregard of humankind? Could she again nurture chub and roach of unimaginable magnificence in her watery womb?

Those seemingly surreal targets had hung heavy on the angler like a lead-laden yoke. Through innumerable seasons he'd yearned and toiled on its oft-times treacherous or impenetrable flanks

Could a chub of four pounds, or an impossible roach of two, be lying undisturbed below. Could they?

He was to find out as his quest absorbed the strident confidence of this streamy, if not dreamy, provider and adversary, Warwickshire's lesser-loved River Leam.

Crouched, eyes fixated; a first sudden rap resonated with the senses. Sight and touch stimulated. A hair-trigger poised. The snatching turned to tug, to pull, to strike, to hook, and was on.

A slovenly autumn fish, subdued by the progressively chilling substrate through which it slid, offered little beyond the token in reluctantly accepting the duel. Not the bullseye but a surprisingly voluminous occupier of a high-scoring inner ring nevertheless 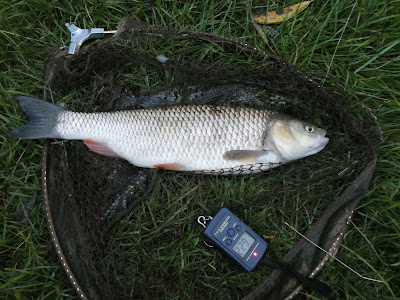 Soon, a gentler solution. Finer, lighter, smaller and tighter. Flow subsiding, shade tending to green. The stream was just that. No longer the receding flood

Field maple, subsumed and released, left tattered by the subsiding flood formed a potentially darkened lair. The streaks and whirls of the flow, tickled and teased its leaves from below, while careering past a deeper slack

A gentle flick of that the most irresistible of small river lures - daintily presented, like a petit four drifting, he hoped, to inevitable consumption - barely broke the surface and faded into the fishiness to accept its fate. A fate that proved instant. A fate that proved that perhaps there was hope of the least likely target being present

A chub-like fight, passionate and self-respecting, outshone its predecessor such as to be confounding

At the rim, chub turned to roach. A gasp in shock but there she lie, sparkling and true, one pound of solid previously unsullied perfection 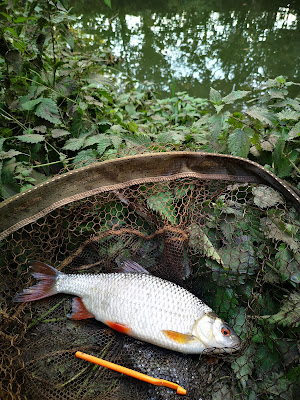 Would this be the season to be jolly?