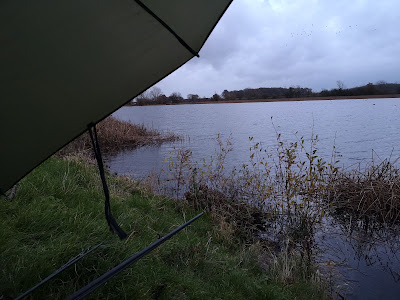 The recent foray into film with fellow blogger Eric Weight of Artificial Lite represents quite a departure from the usual F, F&F fare. It has caused less time to be available for writing, and certainly less to say, as the focus has sharpened elsewhere. Combine that with the Blogger's Challenge running this season and opportunities for the wide angle of variety found so absorbing in angling is hugely diminished.

The release to date of three films, all accessible across the tabs at the top here (popcorn extra) has put our combined little worlds into a whole new orbit, it seems. What started as a kernel of an idea during a chance encounter on the banks of Rocky Res one sunny morning, zoomed into an idea to keep the pair of us amused and then, a little while after initially putting Big Canal Roach on YouTube, it must have had some kind of boost somewhere as views rocketed and, before we could gather our thoughts, our little film, made initially to challenge our own aspirations, hit 1000, then 5000, then 10,000 and, now, closing-in on 25,000 views.

It's a job to know what to make of this. Many of the comments have cited calming, nostalgic, easy viewing as a heart-warming feature. Others like, what we like to think of, as the original, perhaps even unique, type and  flow of information. Certainly though, the fact is that many videos, while claiming to be of the 'how to..' type actually pass surprisingly little useful information on and often concentrate on the product and/or the 'wow, look at this/me' factor.

All this is fine of course, in its place, but it wasn't for us.

Firstly, one of the driving forces was that it doesn't matter who markets the rod you use, it need neither influence the achievement nor the pleasure of the pursuit. The kit we show in use is above budget/entry level but not in the expensive bracket, it's lower mid-range 'specialist' kit on average, or quite old, and perfectly adequate either way. The only extravagance was the centre-pin, which was a 50th birthday gift, and the only other thing we might habitually spend that bit more on would be line, as poor quality in this critical link is not to be entertained, but even in this department we see no need to advertise the fact, all quality tackle firms offer good enough lines, and, even for the beginner, tackle dealers will be quick to point out stock to meet the need.

Nothing is fixed, and anglers, above all others perhaps, will have their own preferences on tackle choice. We could easily have had the chance to catch more fish for the camera had we fished with match tackle, we would have lost more chub in some of the types of snaggy swim we were concentrating on in the knowledge that fish were likely to be present, but that would be misleading the viewer into believing this could be a sensible approach when it certainly would not be. "Hit and hold" is essential in such circumstances, both in terms of levels of success in landed fish and also fish welfare. We don't want to leave any fish tethered to roots, etc., due to inadequate or under-gunned tackle

Secondly, the making of any video had to be a pleasure in itself and this is where the 'bang, crash, wallop' manufacturer-type approach certainly didn't fit the bill. It had to try to stand alone even in the absence of any angling interest. Ideally though it would be a case of combining both aspects in a mature manner and one that would sit neatly in the 'roaring fire and nip of single malt' category, maybe even stretching to a puff on the old pipe. 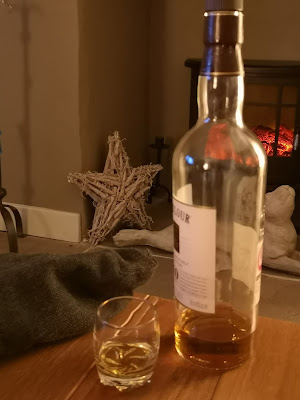 Conversely, while one might always aspire to something of the quality of that benchmark in angling films know simply these days as "Passion", we preferred to avoid the retro-vintage tackle/eccentric country boys approach.

As Eric put it when we discussed the lack of a proper net bag one day, "It's just a bloke going fishing. I don't care if you've got a bin liner with your net in. That's the point". This is the ethos that encapsulates all of the above.

It's just a bloke going fishing.

So, Big Canal Roach having been released, we set about truncating the process as that took far too long, we felt. Not least in editing time, 90% of this for Eric.

Then, suddenly, dilemmas. Lots of them. The reception for the first effort - would it become a milestone round our necks? How would we move forward? Should we just stop there? What could we do that we know enough about to, a/. Be convincing, and, b/. At the very least match it in all other respects?

To give it a parallel in popular culture, imagine The Jam, or the like. Cracking, intense, true, passionate, heartfelt, real debut album, "In The City", when they really meant it, with no record deals in place as songs were written; then confronted with the need for follow-up albums after they've put everything into the first but there's nothing comparable left to share. The eye comes off the ball, so things get more far-fetched, more experimental and less real. In their case there's a contract and a deadline, it's now a living and everything depends on it, cue "This is the Modern World".

Thankfully in our case the only pressure we felt was a combination of our own desire and regular requests for more from commentators.

We put everything into the roach offering without holding anything back for the future. We did have a loose list of half a dozen ideas we might have considered a series but we never sat down and planned them in that manner. It was far more of a, "Let's try it with this one and see how it goes" approach.

The idea of a shorter, "What about this neglected misunderstood fish", silver bream option, though it always going to be of lesser interest, broke the potential for our heads to slip into a metaphorical noose 'early doors' by purposely deviating from the initial philosophy somewhat. For a start, it wasn't winter and it included more asides, especially with the rudd incident knitted in there, albeit unintentional, but that's fishing isn't it? Things happen and, more regularly than not, it's not what you might previously have planned or wished for. 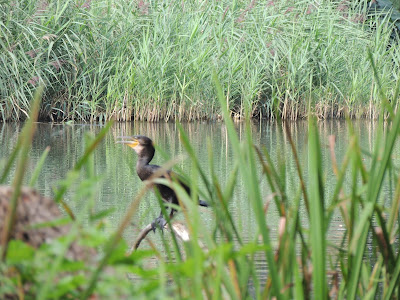 The third offering was enhanced by two factors, mainly Eric's imagination, particularly in respect of the nostalgic element, and the first use of underwater footage. The latter, being my department, I have more to talk about and what a fascinating period that was. Thankfully in this respect at least, unlike the current one, it was generally a dry winter thus enabling a good deal of experimentation to be undertaken with the benefit of clear water. Angle of camera when settled, location, depth of field, scale, flow, ,varying waters were all to be resolved and dealt with. I estimate it took 20-30 hours of film to produce the few seconds of footage, twenty of those until we even saw a chub! Gudgeon, minnows, roach, dace, even a tench and then perch were all 'caught' prior to a chub sucking a piece of flake up in the murk and, even to this day, not a single view of the actual hook bait!

The main benefit of the sub-aquatic camera was the lens into a different poorly understood world. The difference in natural food levels between the Avon and the Leam for instance was an eye opener, the Avon having been polluted in recent years, and the step-up from those in winter to a shallow reservoir in spring was beyond belief where the array of life was falling over itself, so densely was it populated.

The camera we used wasn't expensive, I think £60-ish, but it saved straight to a micro SD and could film for a few hours, laying down the data in short segments which made for easy reviewing and labeling.

All of the above was very simple, which it needed to be in my case, and added a new dimension to the angling as well as the real purpose. No longer did I personally expect the fish to line-up, regimentally, as a tidy shoal awaiting their breakfast for instance, and a more chaotic scene is now imaginable as various dabblings are made.

So what of the future of video for Artificial Flight?

There are a few ideas floating around and one we are about to embark on sparked by the recent seemingly interminable rain and flooding, an exciting prospect, for me at least, and one I'm immensely looking forward to starting imminently. Quite what it will bring that's different and progressive in our film making remains to be seen, but I'm sure we'll come up with something however basic it may be.