A Fleeting Reflection on Ice 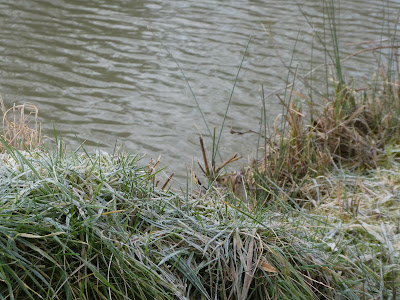 In the night it was minus five (apparently). Today, it did not get above a balmy freezing point all day.

Can there be enjoyment in this, well yes, but success?...

Winter has rarely been a time of waterside angling excitement. Being 'out in it' can produce the most enthralling of times but ordinarily there's far more hope than result.

As a youngster, I've only recently recalled, we scarcely went fishing in winter. Apart from the infamous 'Swan hits HV cables' Xmas Day blank. I guess The Old Duffer had more sense than to risk aching knuckles as time progressed, unlike his dozey progeny.

A taste for Winter Leagues and then a few tremendously cold Winters in the 1980's however changed that and fishing through canal ice became a regular thing.

I drew next to an established and respected angler as a teenager the first time I encountered ice, armed with the equivalent of a toothpick in the face of a 'berg and watched-on in 'towpath please subsume me' trepidation as he cut himself a slot of clear water and I, nauseated, saw my match slip away before my very eyes. Kindness though was not his weakness and he gave me his breaking kit once he'd done his peg and explained how to go about it. I don't remember what we caught but I do recall a quickly establishing pattern, particularly on intermittently frozen match lengths, of the fish always being under the ice rather than the, often inexplicably, clear sections and that the fishing was actually better with ice than without. 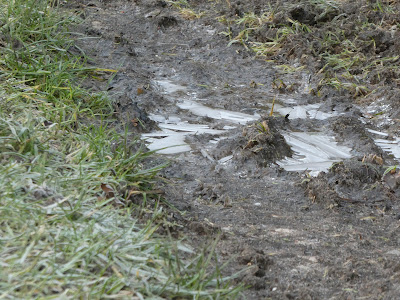 These of course were the days of bloodworm and joker winter leagues. Leagues that banned such baits were usually suspended in such crusty circumstances, locally at least.

Such events became the norm and over time a series of different steel weights with a screw thread attached to a chain and a decent rope became standard kit. I've seen anglers with sash window weights, lump hammer heads, bricks, etc., to do the damage but, for a little fella like my dearself, carrying the additional heavy weight on long walks in big matches was a drag, almost literally. Over time though, the method was perfected such that, on occasion, given the right thickness of ice, it was possible to cut a single rectangle out and slide it under the main sheet. This was far preferable to removing a thousand chunks and shards with a, soon to be shredded, landing net.

The worst occasions were those commencing with the heart-sinking pinging and twanging of the ice floe being pressurised and crushed against steel piling by that first boat and then kept fluid by the ensuing flotilla on inexplicable busy days of traffic. Days when the majority of the time was spent recreating fishing space. The best days however were with just occasional boats, sufficient to keep the water in a tinge of colour, following the initial commotion and stirring of silt caused by the ice breaker itself hitting the bottom.

These were the days of ruffe, gudgeon, perch and, for the more skilled, bonus roach. We picked-up a number of tips along the way from the stars that used to frequent the matches we poured our hard earned money into and yet when those match fishing boots were hung-up for the final time I'd have to confess that bloodworm and joker were baffling to the end to me. Much to others' amusement the method just went straight over my head and yet I was told it was so simple.

There was a particular day when all team mates were otherwise engaged that I decided to attend a match on the Wyrley & Essington Canal. An out and out 'joker job' for small fish. There must've been other things on as it wasn't a huge turn-out, maybe 40-odd anglers. Anyway I drew where I was lead to believe the winner would come from, with spare pegs both sides, and, with an hour to go, I thought I was well clear of the field, with about 3lbs, catching behind a log laying on the edge of the far shelf!

Well, with half an hour to go, there was a commotion to my left and matey boy, who had previously had very little, has only hooked a carp!

That was as close as it ever got in bloodworm and joker matches against top opposition. On most other occasions it would have been simpler have put £10 on a runner at Warwick, selected by pin and blindfold, and taken my chances. 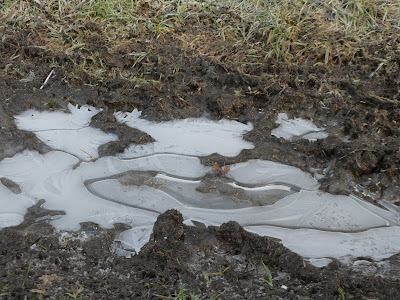 I've waffled about little gems falling from the mouths of others before and in the bloodworm stakes there were many, but, it being a method I would come to endure rather than enjoy, it was, rare that these nuggets were put into positive practice.

There was a time when a top angler was catching better stamp roach, we gleaned, on a single joker using a bristle waggler and a slow fall with 3no13's spread down the line. We tried it, and the roach didn't feed, anywhere.

In another period it was the thing to dump a load of worm down the middle in the hope of snaring a skimmer or two later. That failed miserably and I also recall big roach being caught six inches to a foot off bottom late in the match and that didn't produce a bean, let alone a roach, for the FF&F net.

Anyway, needless to say that 'the blood' did not flow in this angler in the same way that a grain of hemp or a pinch of bread could get it racing through the veins when they worked!